So 2012 rolls by, and we figure out that there’s a good reason why everyone is doing 3d games nowadays – easy modification, updating, and lighter on the performance too. That epiphany was one of the many “WHAT THE HELL WERE WE THINKING?!!?!” experiences we had along the project. Lesson learned. Project has to be flexible, and path-of-least-resistance solutions are huge time-savers. Every time we blindly stuck to a rigid concept, we ended up wasting time grinding on it, only to find easier and better solutions by either scrapping or modifying it later.

So, the first 3d models were looking like this: 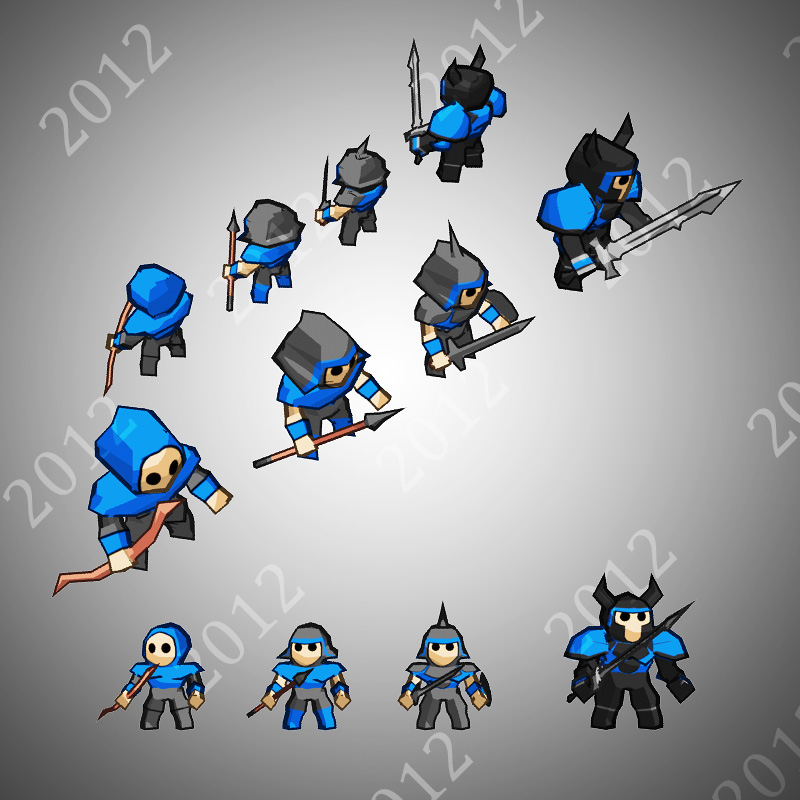 We were still hung up on the 2d animated look, so we wanted to emulate a cel-shaded effect with an outline. Very time-wasting and inefficient for performance, eventually scrapped. First units were the Archer, Spearman, Swordman and Hero unit.

Then more hero archetypes came to balance it out…

And being an off-shoot strategy, we had to sort the units into player colors, that spawned numerous shader tests would double the draw calls, only to ultimately fall back on using the standard Unity Masked Tint shader. 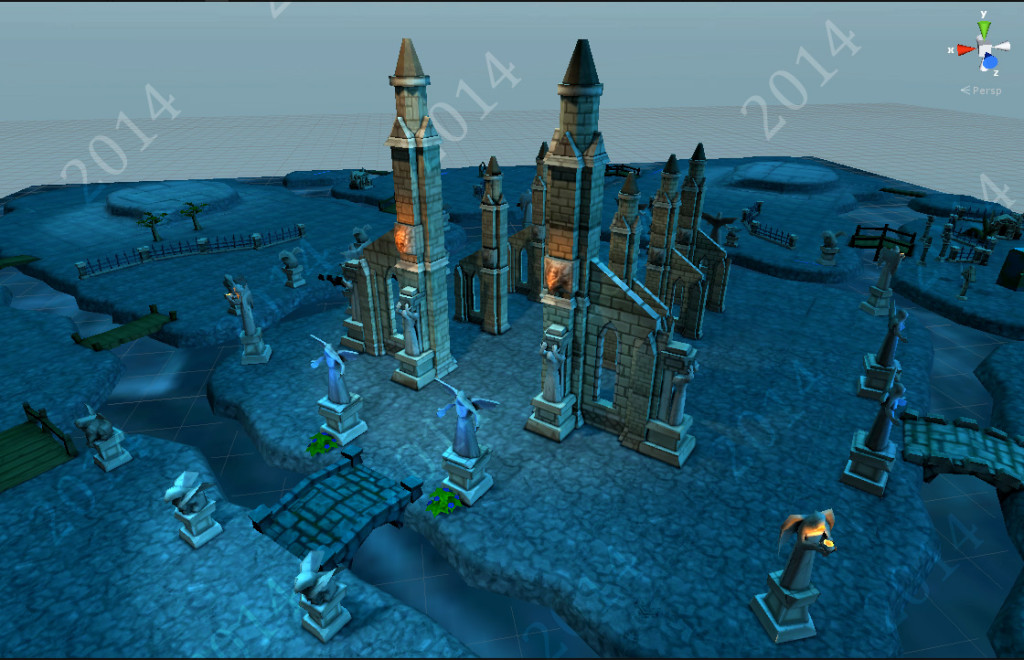 Everything was planned with modularity in mind from the get-go, so we made a versatile terrain kit that would work with a lot of textures, still using it. The first architectural elements proved to be too big, covering units, so we started working on a solution: 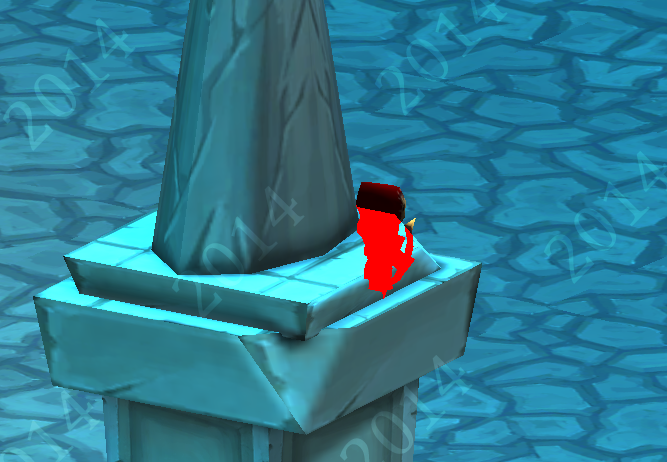 and so, the first tests to find a viable see-through shader for mobiles… unfortunately more trouble than it was worth, and ultimately scrapped. Hey, live and learn!