Our characters are named simply by function. It’s not that we couldn’t brainstorm a bunch of quirky names, but because ultimately… does it even matter?

We’re always leaning more towards the strategy and arena flavor of the game where unknown soldiers wage their wars silently and valiantly, rather than a MOBA-style system where the characters are very unique but clashing for the spotlight. Which one is the “special one” really? 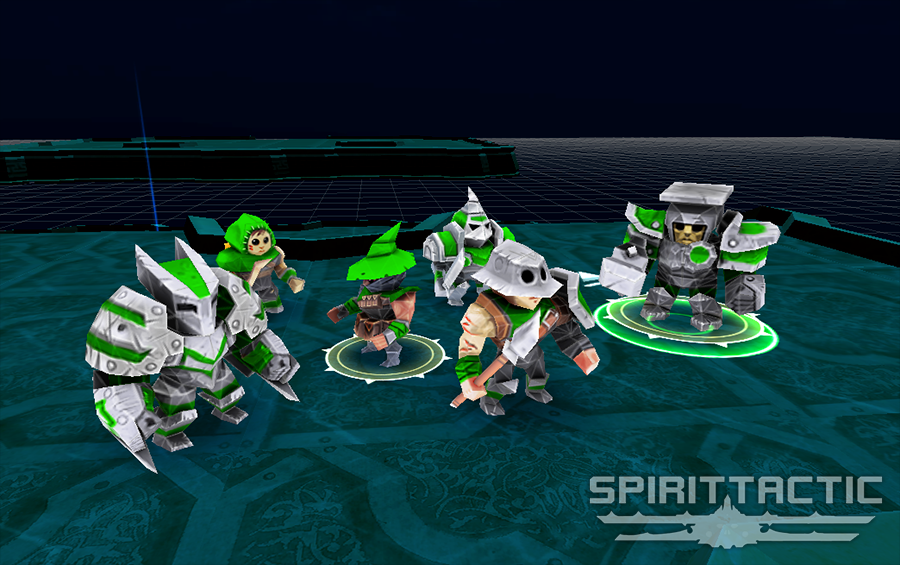 Hero Dwarf, Mage and Archer keep fighting the opposing army while the Spear and Sword are respawning – guided by the Spirit above them, they’re moving the line further, capturing nodes, conquering keeps and emerging victorious by using their sheer skill and grit… Their opponents bow out and vow a rematch on another day, somewhere, sometime, not out of a grudge but out of a thirst for competition. That’s the neverending story of Spirit Tactic, about as intricate as it needs to be to serve it’s purpose.

We chose to sacrifice a contrived story, voiceovers and tons of text for a lean and concentrated experience – it’s you and your army against them, and you know what you have to do – WIN!

We are absolutely making it epic and immersive, not by telling you how you should feel, but by you experiencing it and having a blast!